Cancer of the eyelid, like any other cancer, can be a worrying thing. Treatments are variable and depend on the type of cancer. Below we briefly examine different kinds of eyelid tumors. Broadly classified, eyelid tumors can be of the following types:

These include xanthelasma, nevi and caruncular tumors. Most are benign and require simple treatments. Xanthalesma is associated with high cholesterol levels in the blood. Nevi need excision if they change size or shape.

There are a number of conditions which might lead to an investigative biopsy: 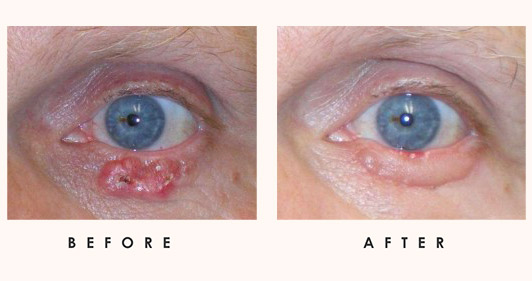